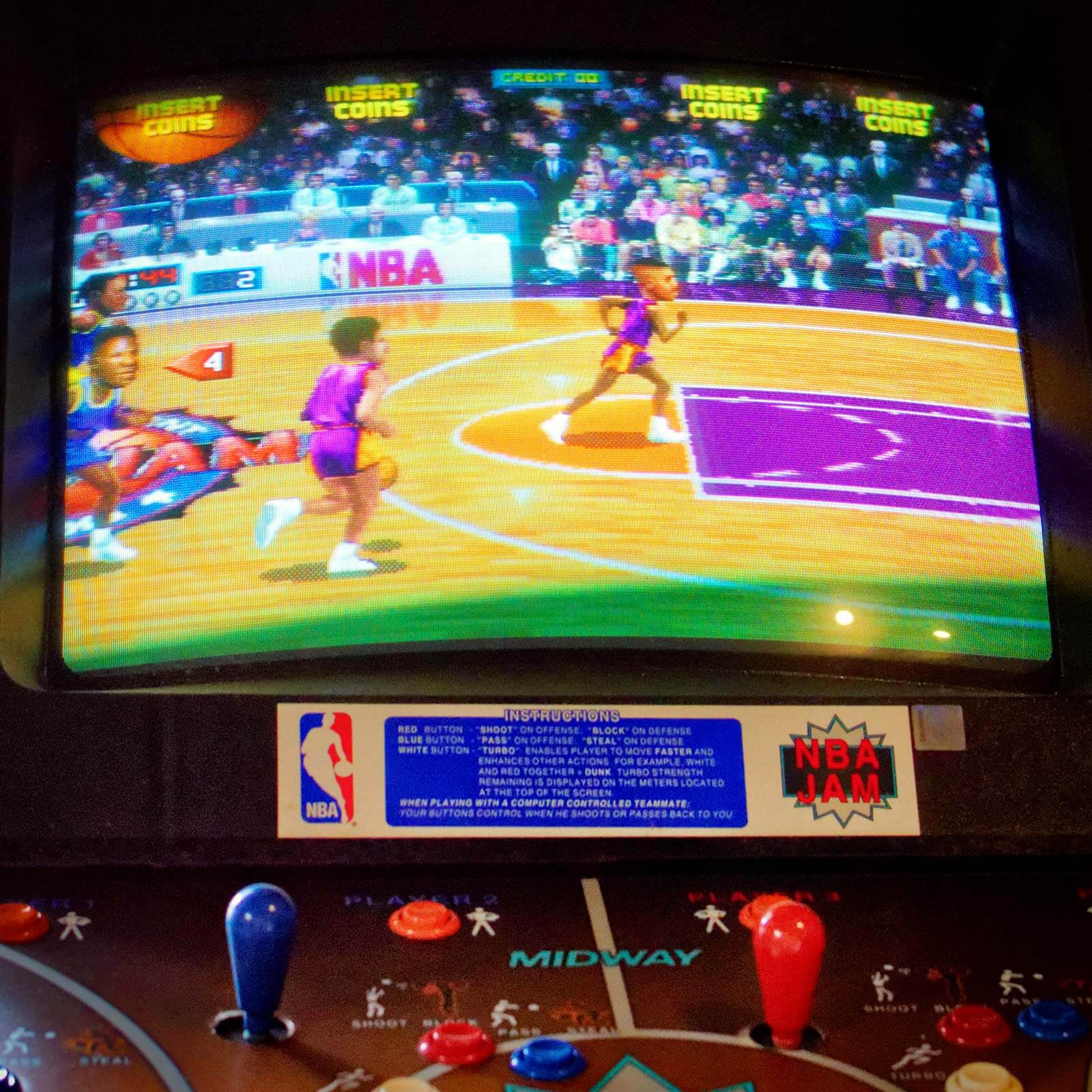 Ready for some 1-on-1 or 2-on-2 B-ball arcade action? Midway’s first arcade foray into the world of NBA would become so popular that it’d spin off into an entire franchise … And we have the critically-acclaimed classic that started it all.

NBA Jam is a basketball arcade game published and developed by Midway in 1993. It is the first entry in the NBA Jam series. The main designer and programmer for this game was Mark Turmell. Midway had previously released such sports games as Arch Rivals in 1989, High Impact in 1990, and Super High Impact in 1991. The gameplay of NBA Jam is based on Arch Rivals, another 2-on-2 basketball video game. However, it was the release of NBA Jam that brought mainstream success to the genre.

A key feature of NBA Jam is the exaggerated nature of the play – players jump many times their own height, making slam dunks that defy both human capabilities and the laws of physics. There are no fouls, free throws, or violations except goaltending and 24-second violations. This means the player is able to freely shove or elbow his opponent out of the way. Additionally, if a player makes three baskets in a row, he becomes “on fire” and has unlimited turbo and increased shooting precision. The “on fire” mode continues until the other team scores, or until the player who is “on fire” scores 4 additional consecutive baskets while “on fire.” 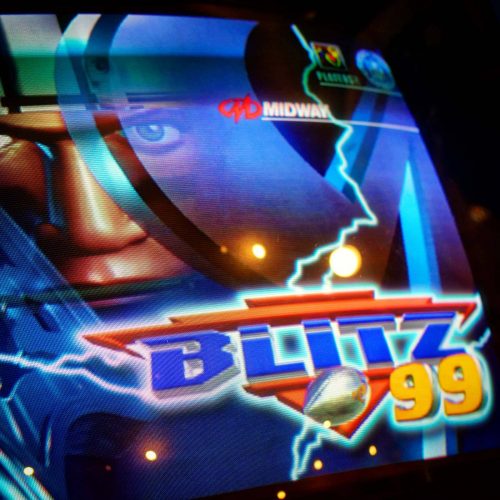 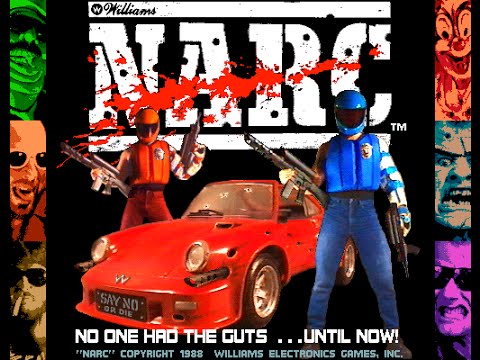