FINISH HIM! In this excellent 1995 entry to the Mortal Kombat series, which is considered by many to be one of the best Midway ever made. And, unlike the previous MK3 version, this one features the return of Kitana, Mileena, Reptile, and Scorpion to utterly devastate your foes in a shower of viscera.

Ultimate Mortal Kombat 3 (UMK3) is a fighting video game in the Mortal Kombat series, developed and released by Midway to arcades in 1995. It is an update of 1995’s earlier Mortal Kombat 3 with an altered gameplay system, additional characters like the returning favorites Kitana and Scorpion who were missing from Mortal Kombat 3, and some new features.

To balance the gameplay, some characters were given new moves and some existing moves were altered. Some characters were given extra combos and some combos were made to cause less damage. Chain combos could be started by using a jump punch (vertical or angled) or a vertical jump kick, which creates more opportunities to use combos. Combos that knock opponents in the air no longer send one’s opponent to the level above in multi layered levels; only regular uppercuts do this.

The computer-controlled opponent AI was improved in the game. However, three new flaws were introduced along with the revisions: while backflipping away from an opponent, if the player performs a jump kick, the AI character will always throw a projectile; this leaves the computer character vulnerable to some attacks and can easily lead into a devastating combo. If the player walks back-and-forth within a certain range of the AI character, the opponent will mimic the player’s walking movements for the whole round and never attack. If the computer opponent is cornered, the player can repeatedly perform punches without the AI character stumbling back, thus allowing the player to win easily. 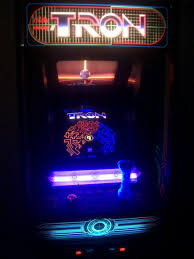